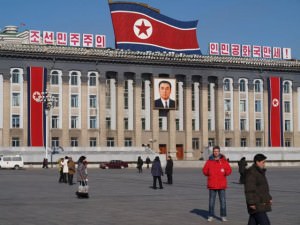 There is quite simply nowhere on Earth like North Korea. Now on its third hereditary ruler, this nominally communist state has defied all expectations and survived the collapse of the Soviet Union to become a nuclear power. A visit to North Korea offers a glimpse of the world’s most isolated nation, where the internet and much of the 21st century remain relatively unknown, and millions live their lives in the shadow of an all-encompassing personality cult.

While peace is maintained under an armistice agreement, the two Koreas are still technically at war and inter-Korean relations are extremely tense. The security situation on the Korean Peninsula could deteriorate with little warning.

North Korea is a communist state; it’s safe to assume that you will be under surveillance at all times. North Korean government security personnel closely monitor the activities and conversations of foreigners. Hotel rooms, telephones, and fax machines may be monitored, and personal possessions in hotel rooms may be searched.

North Korea is a closed society with little, if any, information available about internal political developments. Although access to international satellite TV channels is available in hotels used by foreigners, such access may be curtailed in a crisis. Civil unrest, internal instability and/or an escalation of tensions on the Korean Peninsula could arise rapidly and you may get little or no information about this from the local media or authorities.

This is a country in which total obedience to the state is the norm. There is no “dissension” in North Korea and travelers must abide by this or simply not travel there. Curiosity may well get you or your guide killed in North Korea, it’s as simple as that.

Tourism in North Korea is unlike anything you will have experienced anywhere else in the world. Your every movement is controlled, watched and carefully planned by the Government. Most if not all tours are ultimately run by the Korean International Travel Company and it will be their guides who show you around.

Forget any notions of independent, adventure or solo travel, it just doesn’t work that way in North Korea.

Travel throughout the country is only possible as part of a guided tour. Independent travel is not permitted, you must not leave your hotel without a guide, you will not be allowed to travel on the public transport system at all and both you and your guide will be punished if you infringe the rules.

If you are not prepared to accept severe limitations on your movements and behavior, you should not go to North Korea.

But if you want to go check : Travel Tours to North Korea – Reisetouren nach Nordkorea

Check out my top 5 things to see in North Korea:

1) The DMZ: Wow, just wow. This is the most heavily fortified border in the world and has been called ‘the scariest place on earth’ and I can see why. During my time in South Korea I had been lucky enough to see this from the other side too but the North’s perspective is a lot more intense. Watching the North Korean military line up in the old-school, socialist uniforms inches away from the US-backed South Koreans in all the new hi-tech gear is a sight to see. They don’t share a word with each other ever, even though the border is only 6 inches high. You could cut the tension with a knife. Unreal.

2) Juche Tower. The symbol of North Korea and perhaps of it’s political ideologies. When Kim Il Song drew up his Juche school of thought I’m sure he’d never thought it would be so far reaching. The tower is an impressive sight, you can take the elevator to the top and see of all of Pyongyang (5 Euro) which again is a great view. What’s perhaps even more interesting is the wall of plaques indicating who helped fund this icon of North Korean socialism and no matter what you think, I’m sure people from your country helped contribute to.

3) The Worker’s Party Monument: One arm for farming, one for education and one for industry, this huge monument is walking distance from the Juche Tower. I’m not quite sure what it is about communism but my God they love a good old massive monument, and they don’t let us down here. Enjoy.

4) Kim Il Song Square: The centre of Pyongyang and in fact the entire country. Wall to wall socialist propaganda and after the untimely death of the Dear Leader Kim Il Song an area for us to pay our respects to him, ahem, right. This is the scene of the numerous mass rallies held every month and when we hadn’t had permission from our minders to go there I attempted to go anyway. I stopped after he told me I could be shot. The tributes to Marx and Lenin are pretty interesting too.

5) Pyongyang Subway: It literally feels like a time machine, unreal. This was built over 50 years ago and hasn’t been updated since. Green suede seats, old shiny wooden carriages, marble stations with chandeliers and it’s all in great condition. I might have had a few strange looks wandering the subways of Pyongyang but it was definitely worth the awkwardness. Oh and I had 4 guards check my camera after they thought I had taken a photo of an undesirable (read: poor person).